New to Dillanos? Get started with our best seller ×

This week’s guest on The DCR Coffee Podcast shares his path to entrepreneurial success with our audience.  Marty Cox of It’s a Grind is like many of our previous podcast guests.  Each finding themselves at professional crossroads along the way and making a leap into owning a coffee shop, often without a sense of what lies ahead. 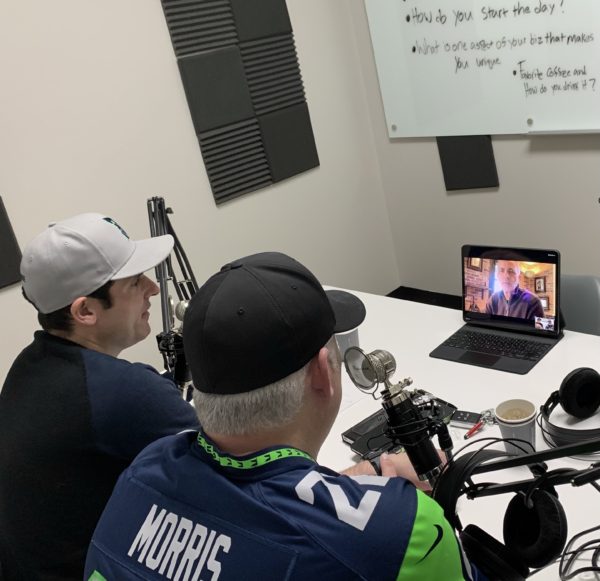 Marty’s background is in sales, and like many others in the industry, Marty often found himself in various cafes throughout the week to catch up on the day’s leads and refuel with a cup of coffee.  After a negative experience trying to place his order for an extra dry double cappuccino, he thought to himself that he would do a much better job if it were his business.  And the idea for It’s a Grind was born.

In partnership with his wife Louise, they committed themselves to a brand that was dedicated to customer service. “The customer’s needs drove all of our decisions” says Marty in today’s episode.

Right from the start they were turning heads. The first location popped up in July 1995. Over the course of 5 years, another 6 locations were up and running. And by the year 2000, they had begun to franchise It’s a Grind.  The brand was in high demand—they secured a 60-location deal right out of the gate as a newly minted franchisor.

As his ownership of It’s a Grind began to sunset, Marty and Louise’s place the spotlight became even brighter.  They were recognized multiple times in the Los Angeles business community, securing award after award from 2004 through 2009.

Listen to episode 10 of The DCR Coffee Podcast to hear real insights from the front lines of business ownership. Get a sense of the hard days that fuel the good days, the kind of hard work that is so often a prelude to the big wins.

It’s a Grind has 200 locations across 15 states. If you happen to find one in your neighborhood or in your future travels, be sure to stop by for a cup of coffee.  And in the meantime, you can always order a bag of whole bean Dillons Blend for a taste of It’s a Grind at home.